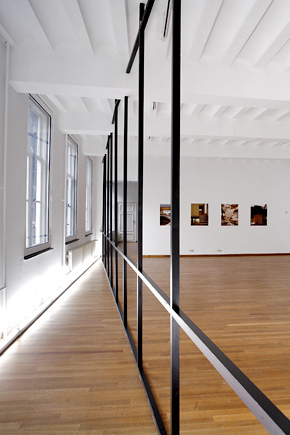 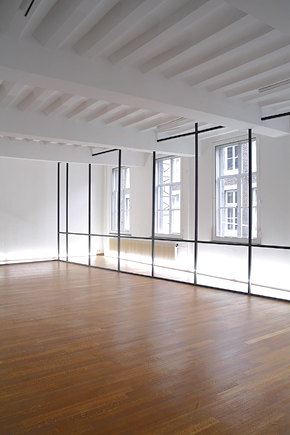 Stair/Stare was the title of an exhibition that took place at Maastricht exhibition space Marres, between September 23 and December 16, 2007. Before we start explaining what our specific contribution to that exhibition was, here's first a fragment of the press release that was put out by Marres to announce the exhibition. This will clarify the context of the exhibition as a whole:

Part ruin, part interior. Johannes Schwartz' exhibition 'Stair/Stare' bridges two of the main themes that Marres has been exploring during its past seasons: the theme of the ruin (as expressed in recent exhibitions such as 'Raw'), and the theme of the interior, a theme that will play an increasingly important role in upcoming exhibitions at Marres.
'Stair/Stare' is centered around a series of photographs that Schwartz made in Egypt in 2005; photographs of dilapidated stairs. Unfinished stairs, steps leading nowhere: it seems clear that the images presented here explore the physical as well as the psychological realm.
In addition to showing these photographs, Schwartz has invited a couple of befriended artists to contribute to 'Stair/Stare'. Amsterdam graphic designers Experimental Jetset will create a minimalist construction that will act as a carrier of Schwartz' photographs, while simultaneously functioning as an intervention underlining the interior of Marres. At the same time, Herman Verkerk (of Amsterdam architecture studio EventArchitectuur) will construct an installation in the stairwell of Marres.

In short, photographer Johannes Schwartz asked us to cooperate with him on his exhibition in Marres. Our original plan was to come up with some sort of construction for him to hang his photos in.
Although Johannes' photographs focused strictly on stairs, we knew that the exhibition revolved about themes broader than that: ruins and interiors. So we wanted to make a construction that would refer to these themes.

We were looking at the floor drawings of Marres, and suddenly asked ourselves what would happen if we would overlay these drawing with themselves. In other words, if we would take the drawings, rotated them a few degrees, and put them on top of the original drawings - what would happen if these sketches would then be translated into an actual space? Shown below some maquettes (scale models) and drawings that we made, to explore this idea: 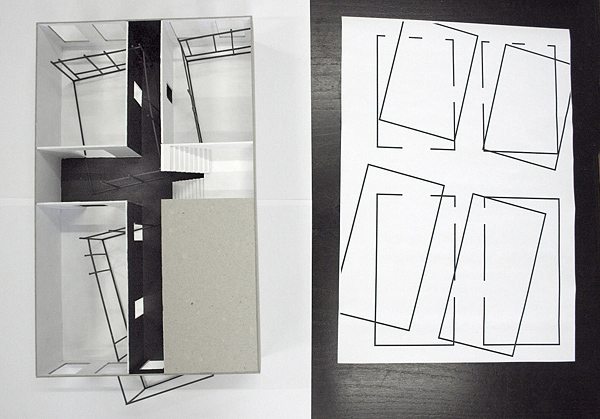 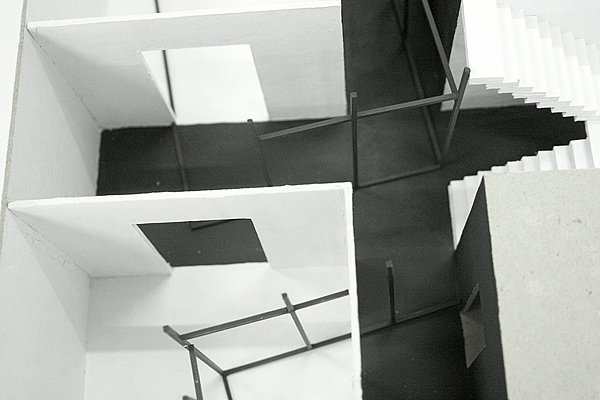 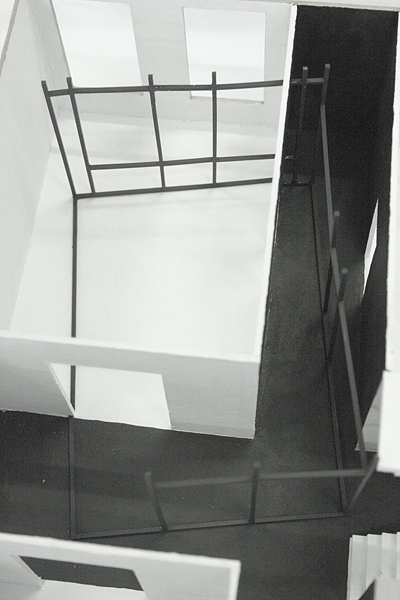 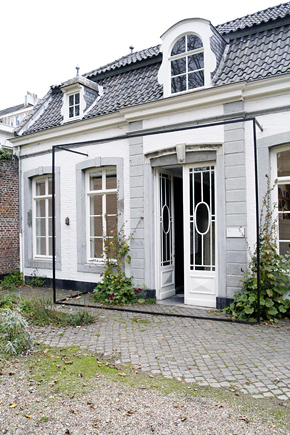 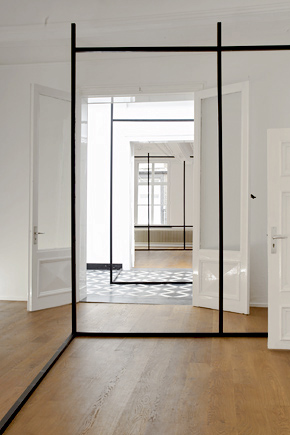 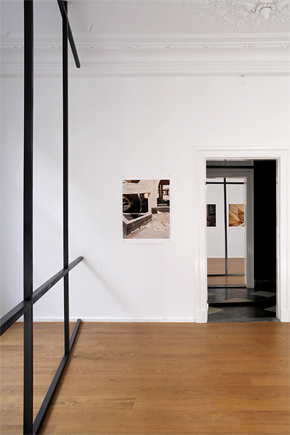 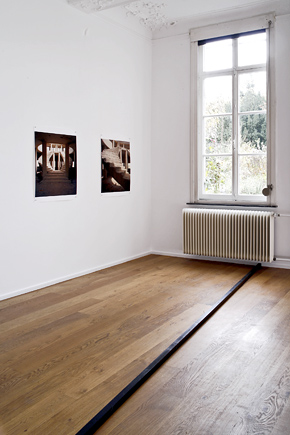 The theme of ruins might appear to be very 'anti-modernist', as it refers to notions such as antiquity, decay, etc., concepts that seem (at first sight) antithetical to modernism. In our view, however, the ruin is a modern concept. After all, ruins show the very essence of buildings. Ruins reveal the underlying constructions, the hidden structures. And this concept, of transparency, of making the viewer aware of underlying structures, can be seen as one of the main characteristics of modernism.

During the exhibition of Stair/Stare, there was also an installation by Herman Verkerk on display in the stairwell of Marres (not shown here).

We'd like to thank the carpenters who magically transformed our technical drawings into an actual spatial construction: Robin Gadde and his team, and the technical staff of Marres.