This book was originally meant as one of a series of publications called ‘Split’. The series was initiated by Italian artists Atelier Impopulaire and consists of books that feature two artists at a time, printed tête-bêche. This particular edition would feature Morgan Fisher in combination with his onetime-student Christopher Williams. Instead of printing one book with two front covers we proposed to print two separate, half filled / half empty volumes that would be merged by interleaving their pages. Books that are bound together by friction - but impossible to pull apart.

Even though is was finished, due to hierarchical misunderstandings this book was never published. Despite being somewhat disappointed, we also found this fact to add extra meaning to the idea of this book, and we wanted to do somehow materialize that thought. We printed an A5 postcard with two front sides: each one showing a photo of one side of the dummy for the book. 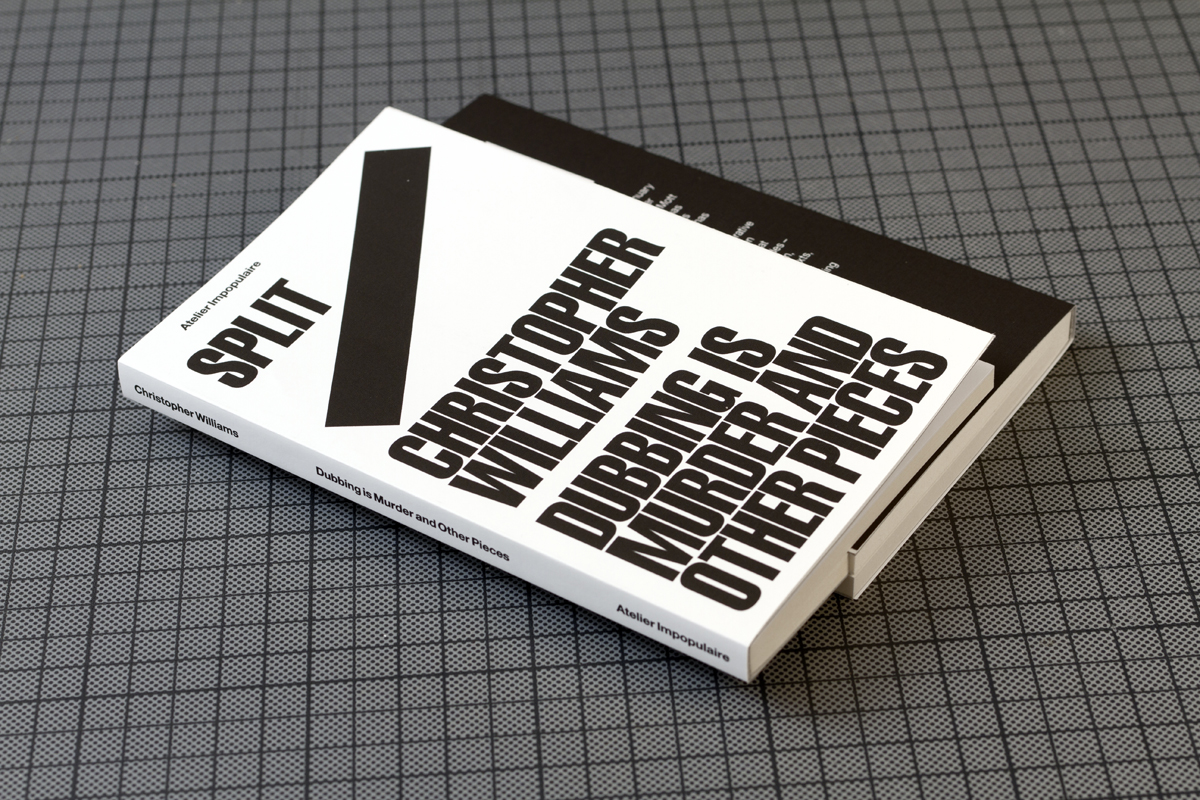 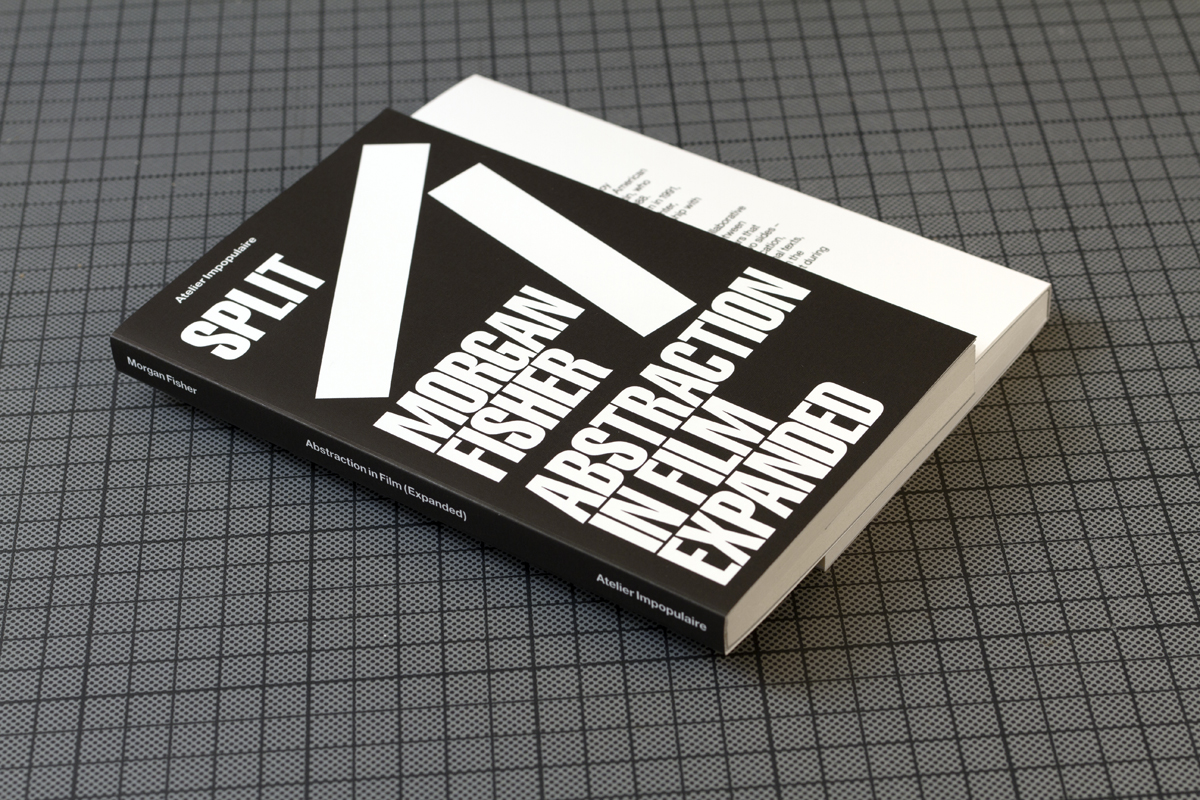 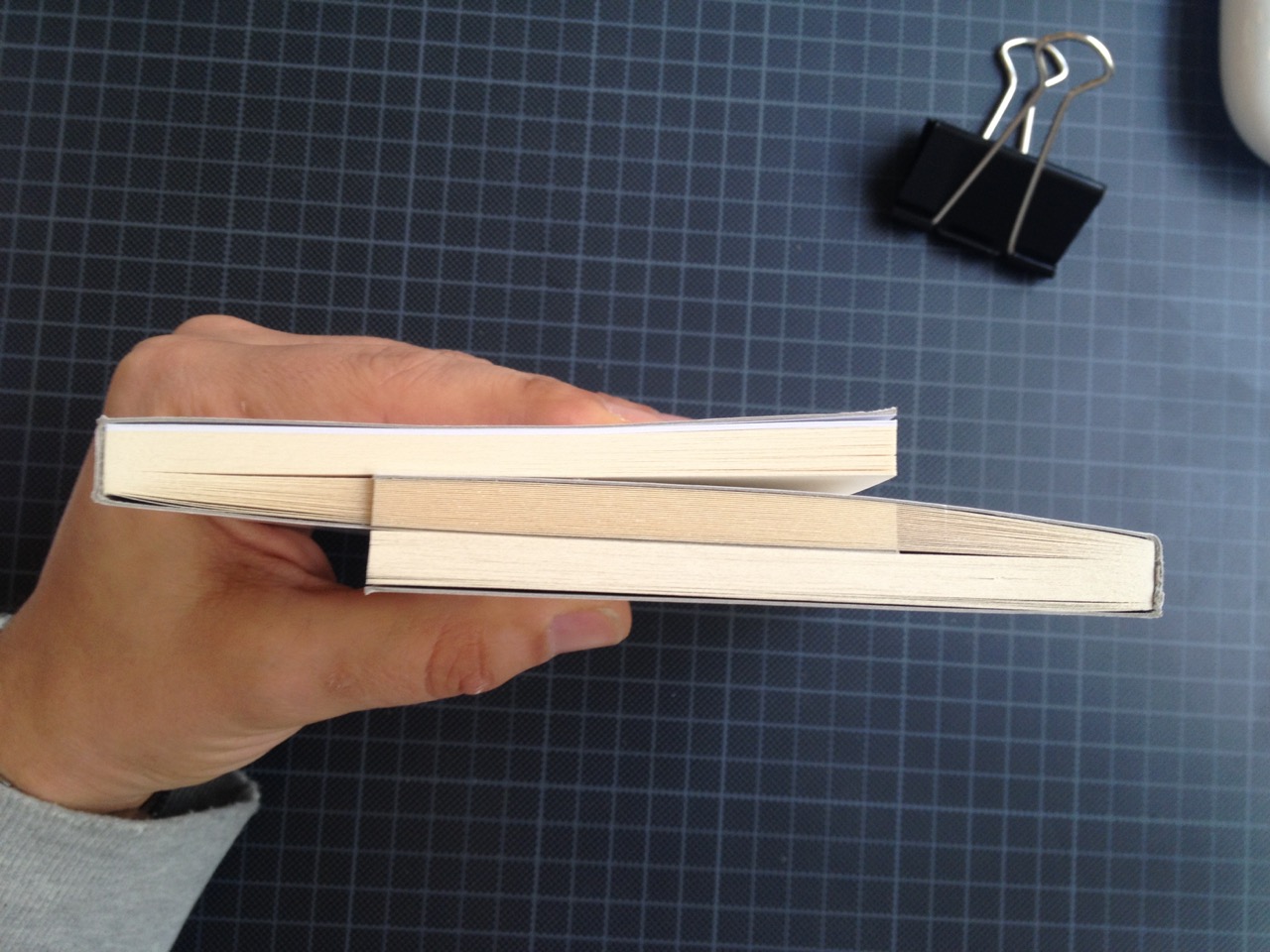 next: The Athens Recorder