(Before we start, here is already a spoiler: the book we are discussing in this chapter was never actually published. It is a project that was never realized). 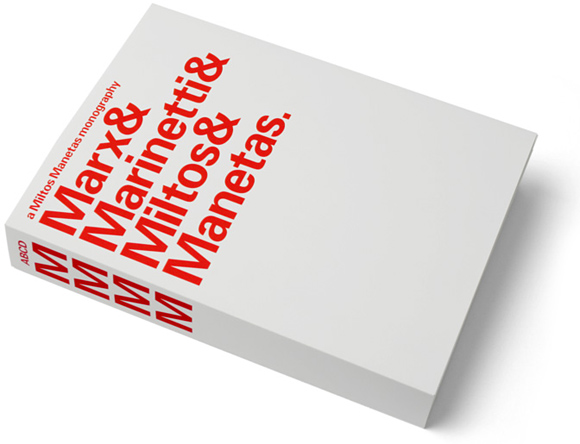 Towards the end of 2005, the artist Miltos Manetas approached us to design a monograph about his work. We came up with a pretty basic lay-out, a grid that could accommodate all his material: paintings, videos, manifestos, essays, etc. As a title, we thought up 'Marx & Marinetti & Miltos & Manetas'.
We know Miltos as a real agitator, always writing manifestos and starting movements (Neen, Telic, 444, etc.). Miltos perfectly fits the image of the classic Futurist: European, radical, militant. So we thought it made sense to place him in the company of two other arch-modernists: Karl Marx, and F.T. Marinetti. The cover is a time-line: from Marx to Manetas, via Marinetti.

Shown below a so-called 'dummy', the paper model we used to present the book to Miltos and the publisher. What you see is the frontcover, followed by five spreads: 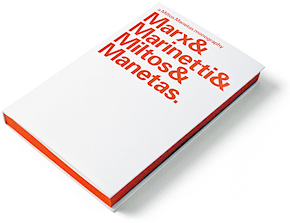 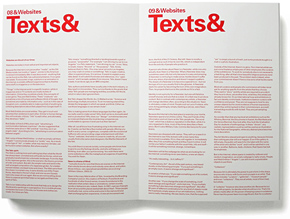 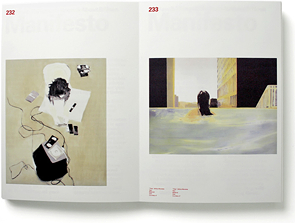 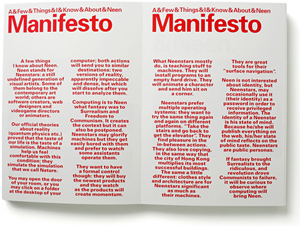 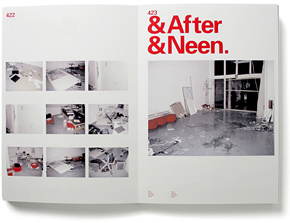 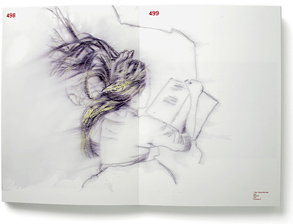 Before we came to the design above, we did work on some other versions. Shown below images of two earlier dummies. The idea behind these two sketches was to build up the cover images using horizontal lines, referring to screens, monitors and video displays. What you see here are the two covers, and two blown-up details from these covers: 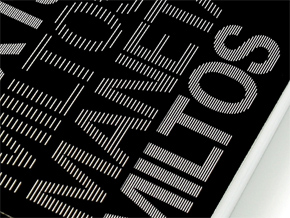 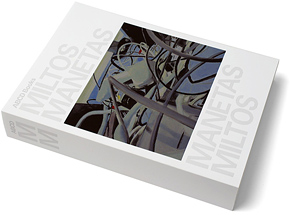 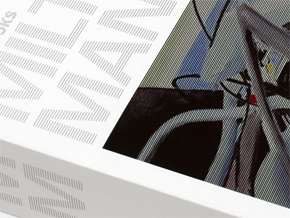 The two sketches shown above were never used; we chose to only propose the 'Marx & Marinetti & Miltos & Manetas' version to Miltos. The book was approved, a publisher was found, but the book was never released. The design was fully finished, we were just waiting for some text corrections, but somehow the whole project lost momentum, and slowly faded away. It simply never came out.

Shown below an 8-page section ('quire') of the book, a section that actually got printed. This section was printed only to see if the method of lithography (water-based offset) would be suitable for reproducing Miltos' paintings. When these sections were printed, we (Miltos, the publisher, us) were obviously all still under the impression that the book would eventually come out. Displayed here the frontcover of the section, 240 x 170 mm: 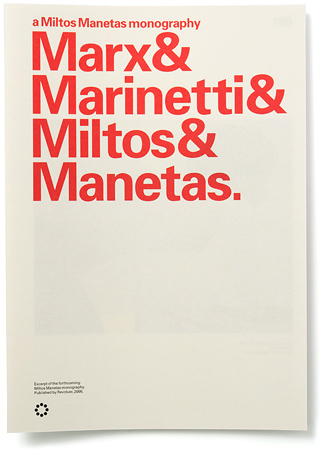 So the book never came out. However, in 2007, Miltos Manetas did make a painting of the cover of the book, probably as a final farewell to the project: 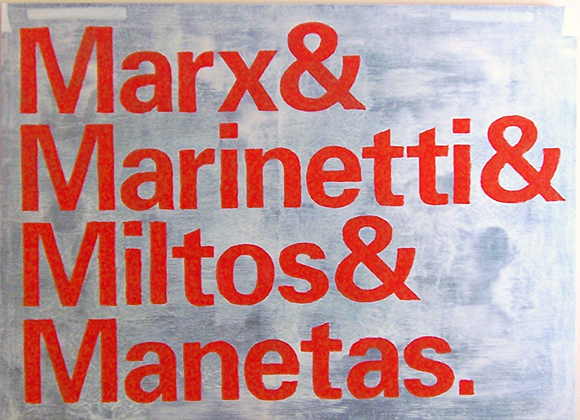 Other projects we have done for Miltos Manetas include MM / Tirana, MM / Neen Manifesto, MM / 444 Theory and MM / Internet Paintings.

next: DTC / The Pillowman