In retrospect, the set of shirts we designed in 2007 was not as strong as the line of shirts we designed the previous season (see 2K by Gingham 2006). But that's the nature of designing shirts year after year: it's pretty much a matter of hit-or-miss. And besides, sometimes it takes a couple of years for a shirt to suddenly start making sense, even to ourselves. So there might still be hope for the shirts shown here. 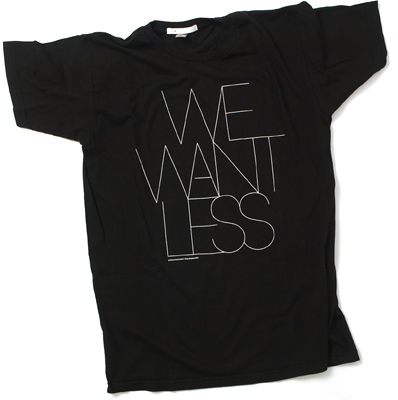 Then there's 'A Hard Print on a Soft Shirt', a reference to the title of Jean-Luc Godard's 'A Soft Talk on a Hard Subject' (1968). Yellow and white print, on a black shirt: 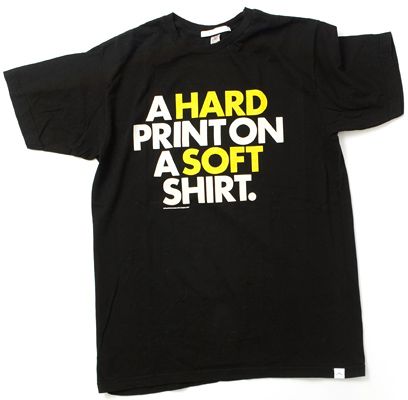 These shirts used to be available through 2K/Gingham. However, when in 2008 Yoshi Kawasaki decided to leave the company (following a change in management), we decided to leave with him, and withdrew our shirts from 2K. In other words, these shirts are currently unavailable. However, if everything goes according to plan, a selection of these shirts will be reprinted and released through Yoshi Kawasaki's new label, Publik / Five Leaves Inc., in 2009. We'll keep you updated.