In 2005, we were approached by Wallpaper Magazine; they were about publish a review of 'Drip-dry Shirts', a book by Lucienne Roberts in which we are interviewed (see Drip-dry Shirts); another designer interviewed in the book is Wim Crouwel. Wallpaper wanted to write an article about that book, and they insisted on illustrating it with a group photo of us, together with Wim Crouwel.
We were terrified when Wallpaper contacted us; we usually don't appear in portraits. We always avoid to have our picture taken, not because of reasons of self-mystification or something like that, but simply because we really dislike seeing ourselves. However, it was made very difficult for us to refuse to be photographed: first of all, because we wanted to support Lucienne Roberts and her book. Secondly, because Wim Crouwel immediately gave us a phone call, asking us when would be a good date to meet. And thirdly, because Wallpaper wanted to have our photograph taken by Anuschka Blommers and Niels Schumm, two of our favourite photographers of all time, and really good friends of us as well. In other words, we had nowhere to hide.

In the beginning of September 2005, Niels and Anuschka came by in our studio, and made the following photograph: 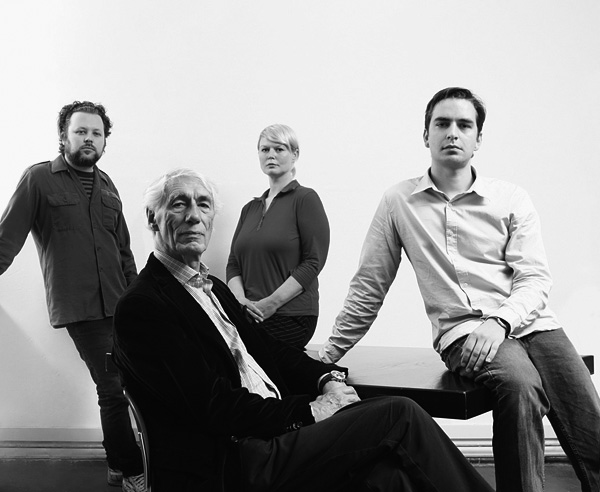 Photo by Anuschka Blommers and Niels Schumm, courtesy of Wallpaper Magazine. From left to right: Danny, Wim, Marieke and Erwin.

So, what is the story behind this picture? Well, it's a recreation, a re-enactment if you like, of a group portrait from 1982, showing part of Total Design, the studio headed by Crouwel. The photograph appears in 'Wim Crouwel – Mode en Module' (NAi Publishers, 1997), on page 152: 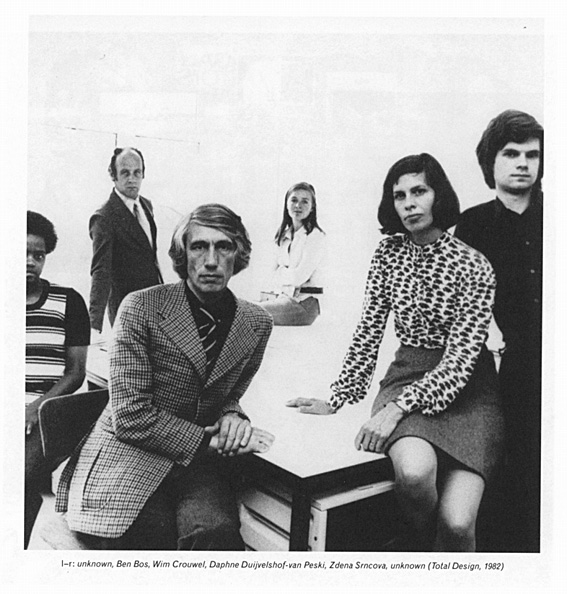 The story doesn't really end there. In fact, the whole idea of re-enacting a Total Design photo was in itself a re-enactment. In 2003, two years before us, designers Mark Owens (of Life of the Mind) and David Reinfurt (of O.R.G.) recreated a Total Design group portrait as well. Here's the original TD photo, as it appeared on page 144 of 'Wim Crouwel – Mode en Module': 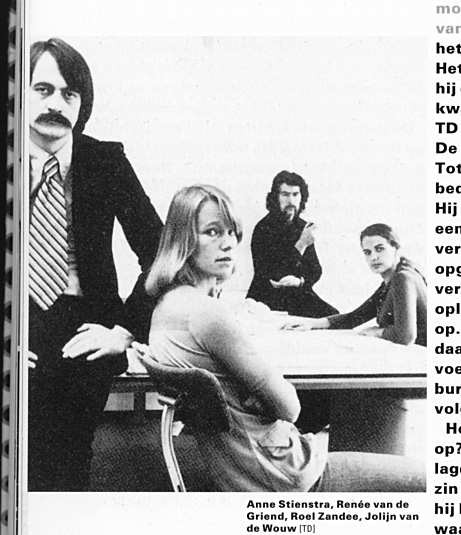 And here is the picture recreated by Mark Owens and David Reinfurt, as it appeared in issue 7 of Dot Dot Dot (2003): 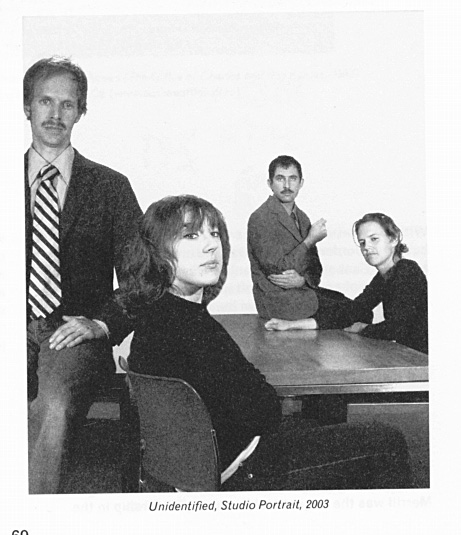 As you can see, David and Mark went all the way, even grew moustaches to approach the original photograph as closely as possible.

So in a way, our own group portrait was a re-enactment of a re-enactment; we recreated (with their permission) a concept that David and Mark executed two years before us. We thought it was an interesting chain reaction, a sort of 'estafette', done in the spirit of homage and respect.

The group photo, made by Niels and Anuschka, was published in Wallpaper around November 2005. A couple of months later, it was also published in Dutch art magazine Metropolis M.