Mash Holdings is a Tokyo-based company, consisting of several fashion labels, health food restaurants, and organic make-up stores. In 2015, Mash contacted us, and asked us to design their graphic identity. Basically, we were asked to create an underlying visual language, for the in-house design team to work with. The deadline was extremely tight – the graphic identity had to be developed in less than two months. Mash was about to move into a new building, and the graphic identity had to be implemented right in time for the relocation. 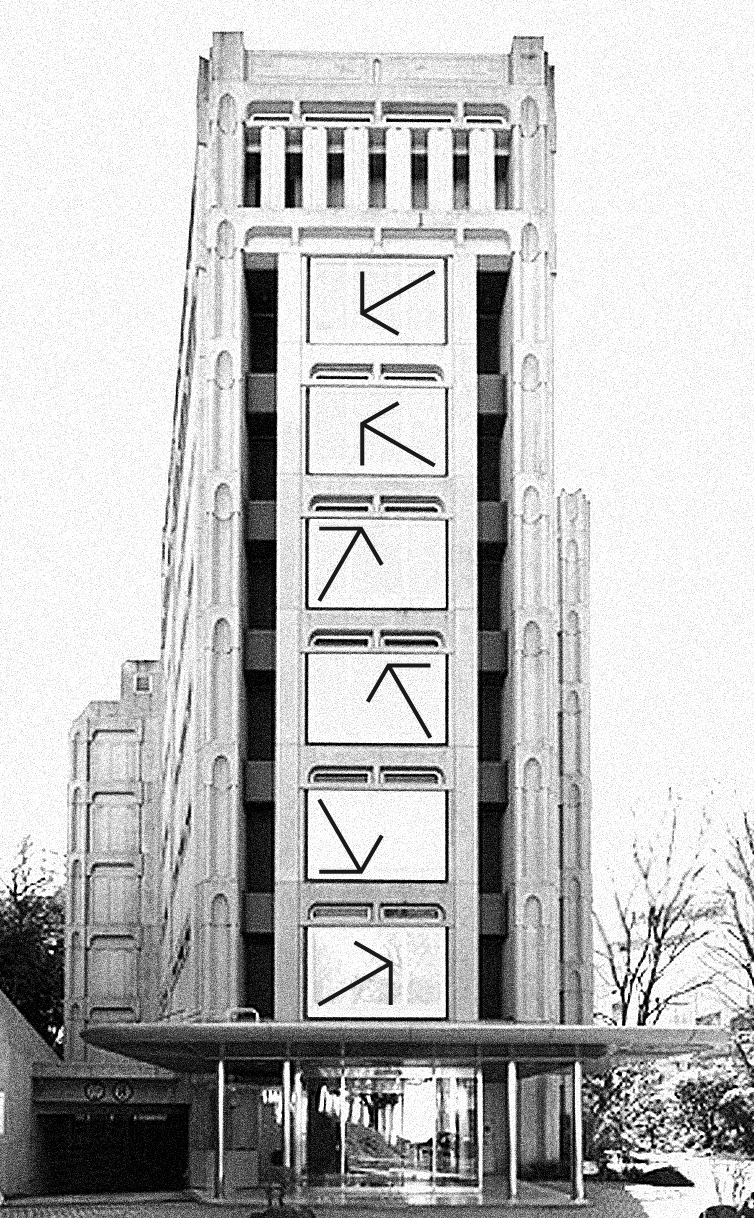 The graphic identity we eventually developed for Mash was partly inspired by Metabolism, the Japanese architectural movement. In short, we came up with a graphic system consisting of arrows – arrows that were organized in several patterns. To us, these patterns represented some of the themes that were also widespread in Metabolist architecture – themes such as (organic) growth, modularity, movement and structuralism.

In the specific context of this project, these patterns also refer to the idea that all different parts of Mash are connected to one underlying structure. And no matter how conflicting or contrasting these separate particles appear to be – in the end they are still part of the same fabric.

We tried to evoke a graphic system in which each individual part represents the structure as a whole, while the structure as a whole represents each individual part. In that sense, the graphic identity can be seen as depicting a possible model of a company consisting of several smaller companies (or alternatively, as a diagram of an organization consisting of a certain number of employees).

Another reason for us to refer to Metabolism was the fact that Mash Holdings' new location happens to be a landmark building that was designed in the mid-'70s, by the modernist architect Togo Murano (1891–1984). And although Murano was never part of the Metabolist Group, the building certainly reflects some of the values of that particular era. 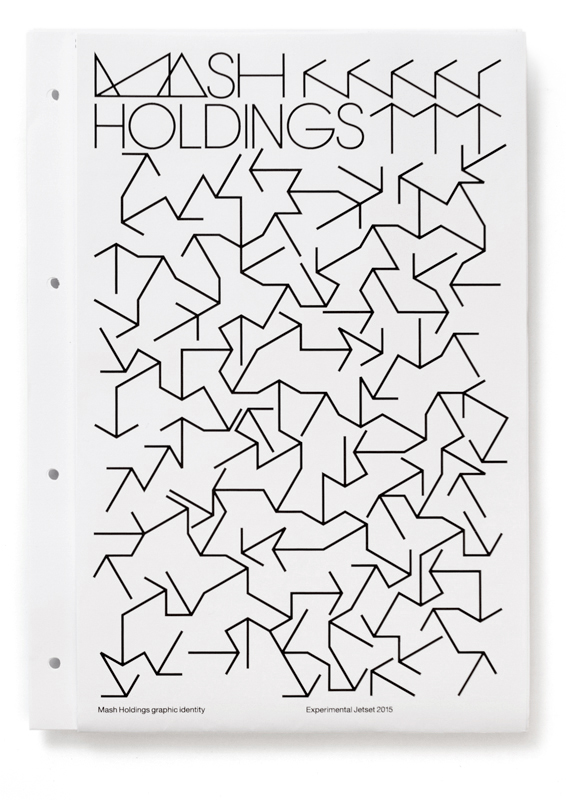 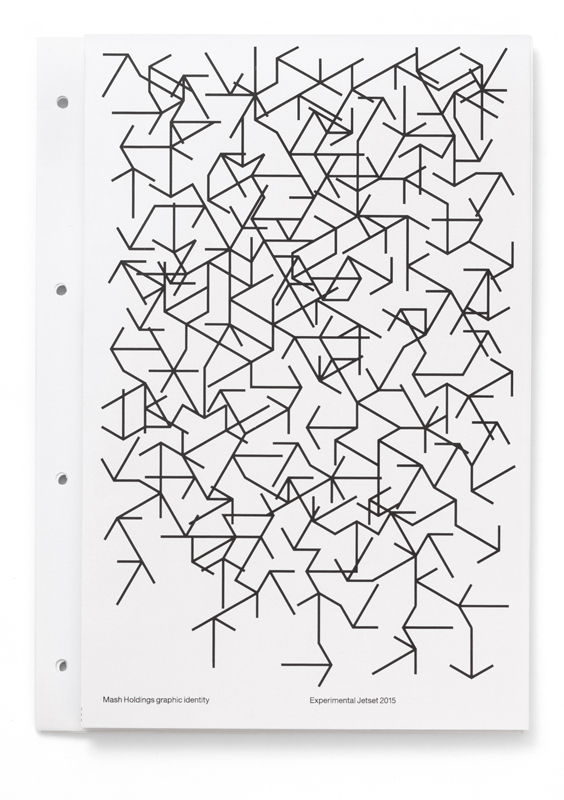 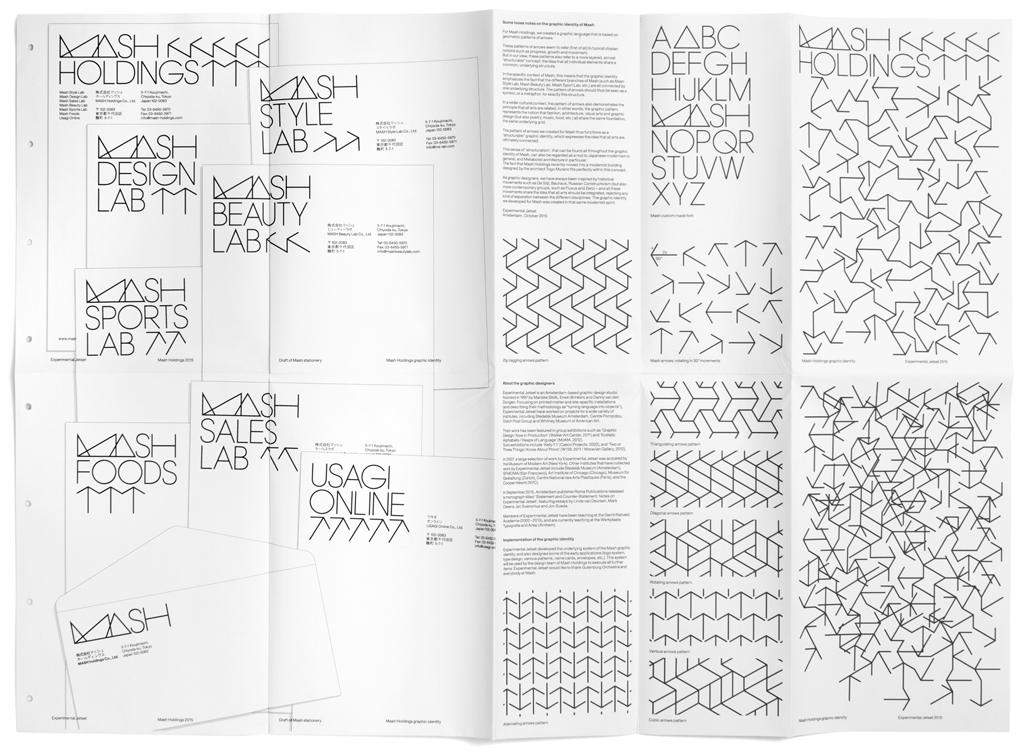 While developing the graphic identity, we executed some of the early applications (logo system, type design, various patterns, name cards, envelopes, exterior signage, etc.) ourselves, while all further implementations will be handled by the in-house design team of Mash Holdings.

We also designed a very minimal and compact graphic manual (shown above) – basically an A0-sized sheet, folded (in the manner of an architectural drawing) into an A4-sized booklet. In addition to this manual, we created a short animation movie (click image below), demonstrating some of the ideas behind the graphic identity. 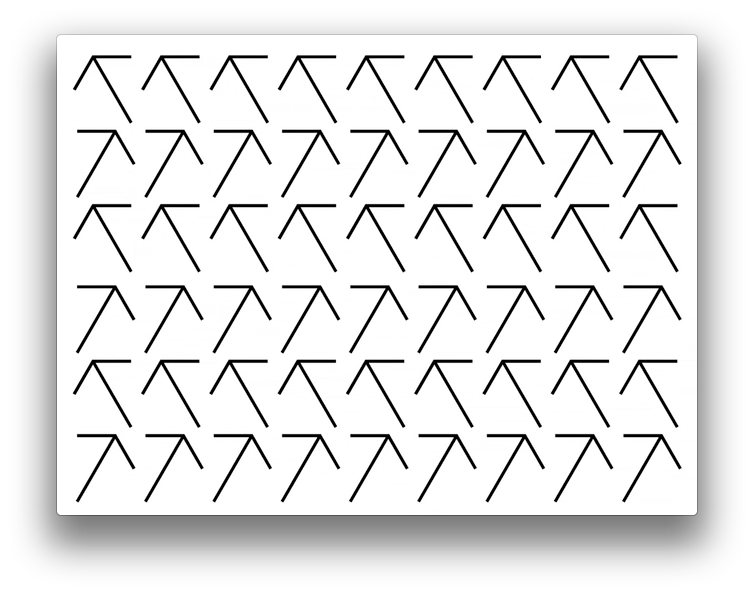 As a final note, we'd like to thank everybody at Mash Holdings, and Masa Sugatsuke (of Gutenberg Orchestra).