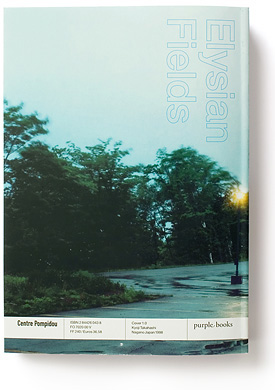 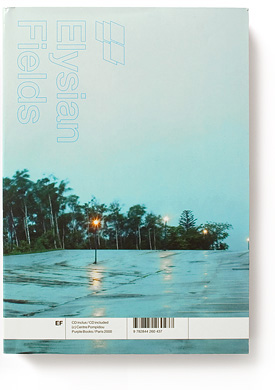 Elysian Fields was an exhibition that took place in 2000 at the Centre Pompidou, curated by Elein Fleiss and Oliver Zahm, of the French magazine Purple.

In 1999, we were approached by Elein and Olivier, asking us if we wanted to come by in their Paris office to talk about an upcoming project. We were really excited when we received their e-mail. Purple, or Purple Prose as it was then called, was such an extremely interesting publication back then: an art magazine that looked at fashion and photography in a really smart, intellectual way, expressing a very specific aesthetic and political agenda. (Purple actually still exists, but Elein and Olivier each work on separate versions on Purple now: Elein on Purple Journal, Olivier on Purple Fashion).
Anyway, we visited Elein and Olivier in their office in Paris, where they immediately asked us if we were interested in working on a large group show they were curating for the Centre Pompidou, to be called ‘Elysian Fields’. We were actually really astonished that they asked us: in 1999, we still felt as if we just graduated, and we hadn’t really worked on large projects yet. So Elysian Fields came as a big surprise.

We selected the images as follows. Since the theme of Elysian Fields revolved around the subject of dreams, all the participating artists were asked to contribute work related to this subject. All this work was sent directly to us.
While Elein and Olivier were taking care of the exhibition back in Paris, we were in Amsterdam trying to figure out what to do with the hundreds of images that were sent to us. All these images were totally different: naturally, every artist had his/her own view on the subject, but the quality of the images was also quite diverse: some artists gave us floppy disks filled with dozens of low-res images, while other artists provided us with high-quality, large-format slides and transparencies. Also, the images were quite different in what they showed: some artists mailed us photographs of installations, some sent us scanned drawings, others gave us actual physical collages. So we had this wide variety of material, and were thinking about a way to organize it all into one single book.

Reading about sleeping and dreaming, we came across this whole scientific subject of the various phases of sleep. You probably all know this: when you sleep, you go through different stages. First a light sleep, then a REM (Rapid Eye Movement) phase, then a ‘deep sleep’, etc. You go through all this different phases in cycles. We thought this was a very interesting subject, and we decided we could use this system to organize the chapters of the book.

So, in short, this is how the chapters work:

The first phase, we called ‘Theta Twilight’. In this chapter, we placed all the images that were slightly ironic, a bit strange, but still quite recognizable. It is the daydream phase, a light-hearted chapter, featuring images of people, jokes, play. It is the chapter shown below, with the yellow/black colour combination: 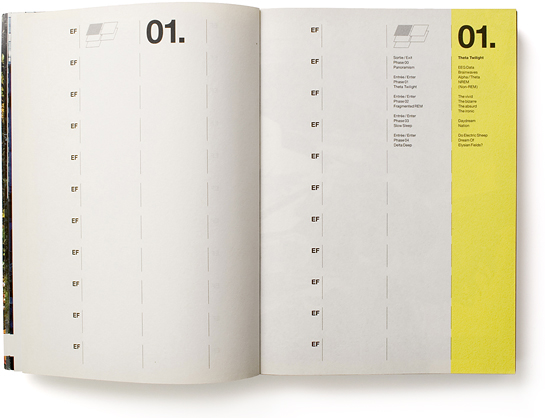 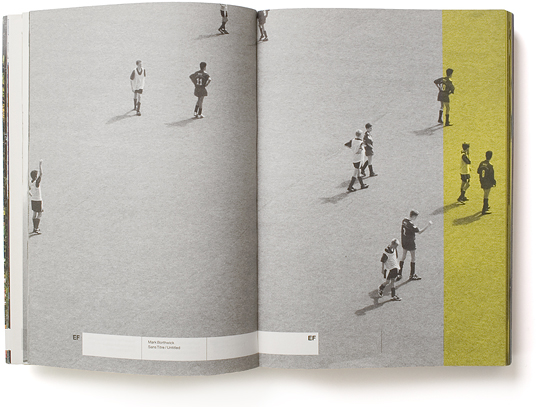 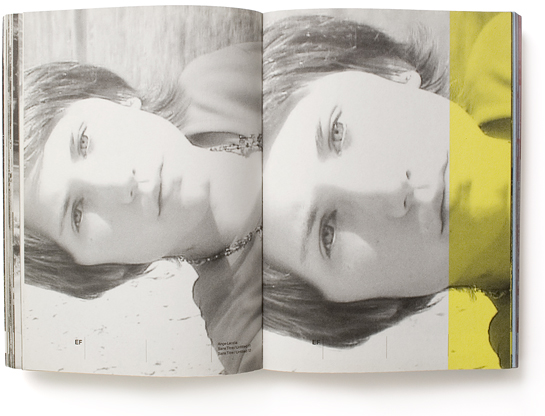 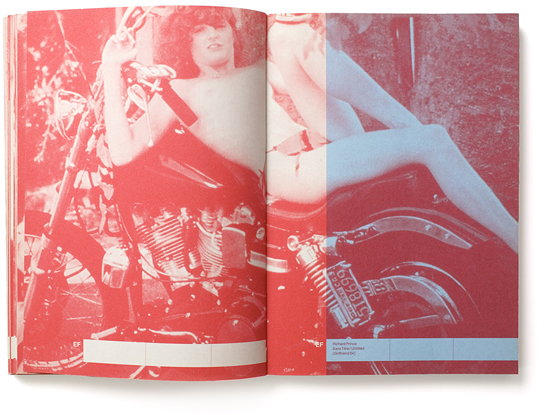 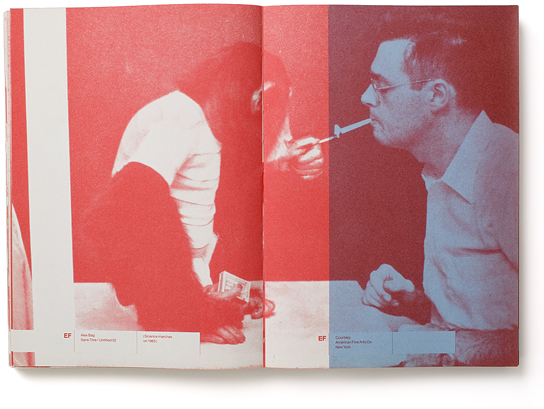 The third phase we called ‘Slow Sleep’. In this chapter, we showed more abstract images. It’s the moment when your brainwaves are large and slow, so it’s a more meditative, peaceful phase. Here, we put all the images of nature and architecture: 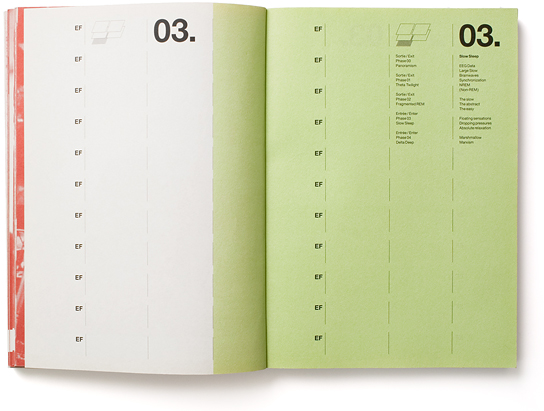 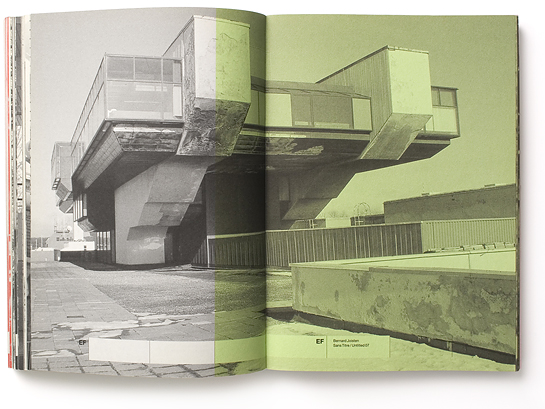 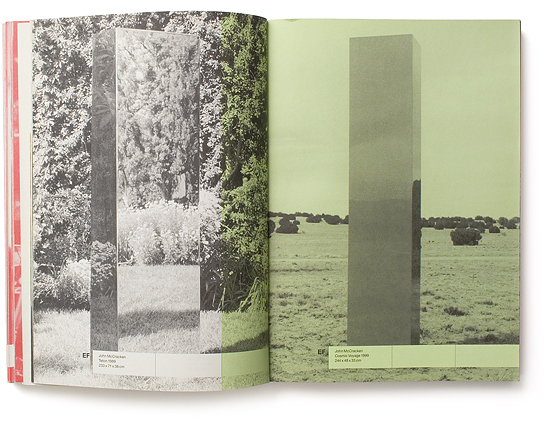 The fourth phase was ‘Delta Deep’, which is actually the nightmare phase. So here we put all the dark stuff, the scary images. We actually ended this chapter with a 14-page sequence of lightning, a work by the artist Ange Leccia. The colours we used here were purple and dark blue: 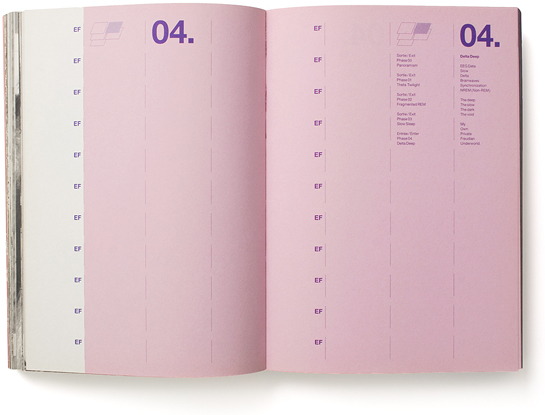 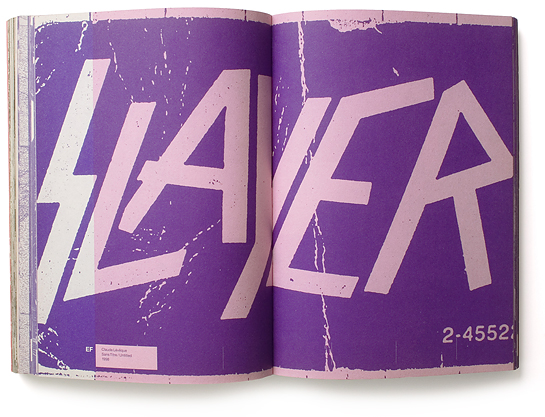 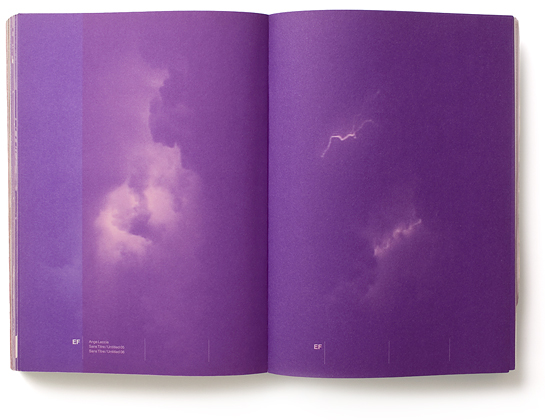 The cover of the catalogue is actually a phase in itself, a section of 24 pages. Shown at the top of this column (scroll all the way up) are the back- and frontside of the book. Shown below a spread from the section in the front of the book: 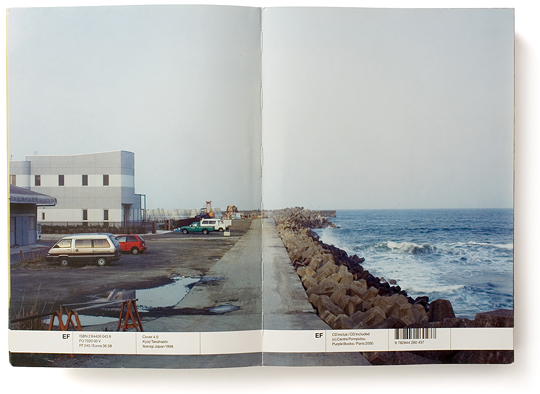 The artist shown in this 24-page section, Kyoji Takahashi, decided to show his work not in the exhibition, but only in the catalogue. That’s why we decided to dedicate a large section of the book to his work, in full-colour. His photographs are really hyper-realistic, very precise, so we thought it would be a fitting idea to put it in the beginning, as the ‘awake’ stage, the non-sleeping phase, before you enter the actual dreamscape.

Apart from the work by Kyoji Takahashi, all work by the other artists was printed in just two colours. In fact, the artists were told beforehand that their work would be reproduced in black & white, so they already knew that it wouldn’t be printed in full colour. (This was very much a matter of budget. We really wanted to have a thick, monumental book, and if we would have printed the book completely in full colour, with the same budget, it would have been a much thinner book).
So while all artists agreed on the black & white, we had never asked them for permission to print their work in colour combinations (red and blue, purple and pink, etc.). We simply didn’t have the time to ask them for this permission. So we just went ahead, and printed the book as we designed it.
After the book was printed, we were in Paris, taking care of the sign system of the exhibition, and there we saw all the artists installing their work. So we kept the fact that we designed the book really quiet, because we were afraid that they would kill us if they found out we were the designers who printed all their work in these bizarre colour combinations. But eventually, it was revealed that we were the ones responsible. Luckily, everything turned out to be fine. All the artists we spoke to were glad to be in the book.
In general, most artists understand the difference between the actual work and the reproduction, and they comprehend that this difference should be as clear as possible. In our view, a reproduction should not necessarily be an attempt to represent the original as realistically as possible; a reproduction should be recognizable as a reproduction instead. Luckily, most artists understood this, and we returned from Paris alive.

The book measured 17 x 24 x 3.3 cm, and also included a really good soundtrack CD, consisting of tracks especially composed for the exhibition, by artists such as Sonic Youth, Jim O’Rourke and Tortoise: 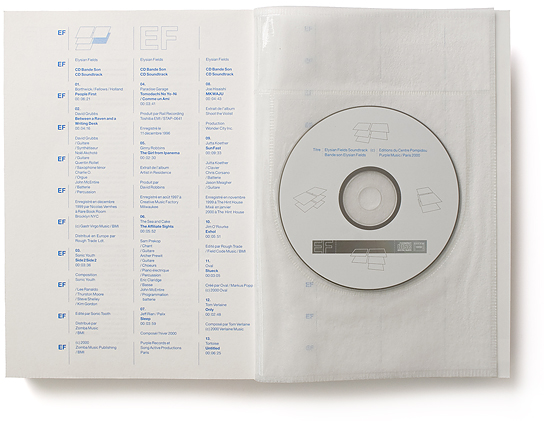 There’s actually a lot more to say about this book, but we think this is enough information for this chapter. We discussed the book in detail during a lecture we recently gave in London (see 2008’s D&AD Lecture), and in the near future we will certainly put a transcript of this lecture on our website, in a separate chapter.
Besides the catalog, we also designed all kinds of printed matter, the sign system and a large mural that was part of the exhibition. These items will be discussed in a separate chapter as well, one that we’ll put online soon. This chapter will be called Elysian Fields 2.

next: 31 Flavours of Doom